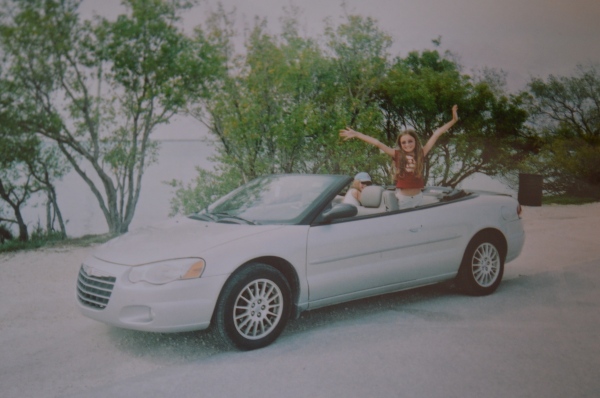 Every two years my family and I would jet off on holiday to the country that to many is all about dreams. I feel incredibly lucky that my parents would save for these magnificent getaways, and not just leave my sister and I behind. As I have no concrete plans to visit the U.S for a while (turns out it’s pretty expensive), although I am determined to return one day, I decided to compile  list of some of my favourite memories from these trips.

We stayed in their crazy hotels a few times, so I have many fond memories of a place probably more sordid than my innocent childhood remembers: floating around the lazy river pools, the New York New York rollercoaster, the shows from each hotel, and the lions in the MGM Grand. It’s a magical place, although I watched CSI a lot as a child and I’m relieved to not have seen quite so many murders that TV show features.

We did 2/3 of the famous route the last time I visited America, so it is another place with many fond memories: the friendly diner staff, my sister nearly losing her shoe in a river, the people we met at the Cadillac Ranch who looking back were probably alcoholics…

Along the Route 66 trip we stopped at St Louis to see this amazing band play, and they’re one of my favourite bands for a reason. Although a lot of people criticise them for changing their style etc, I love them for trying new things with every album. And they’re a damn good live band, which is always important.

An amazing music festival in the heart of Chicago in the summer (plus no camping, so we stayed in a hotel – how terrible). I saw Ida Maria, Kaiser Chiefs, The Killers, Lou Reed and more. Thoroughly recommend!

Padre organised this as a surprise when we were visiting the Florida Key Islands, and of course it was amazing. The dolphins seemed to be quite well looked after, and were well trained to give adorable kisses. You could also buy paintings by the dolphins, at a hefty price.

It was hot and crazy but its not hard to be charmed by the concrete jungle. We even saw a human bodies exhibition and my sister touched a brain…(and has now graduated in neuroscience). All the typical tourist attractions are deff worth seeing.

This was ace, combining theme park attractions with the creation of films (I saw the infamous shower clip from Psycho and became absolutely terrified of motel showers). The Jurassic Park ride was also terrifying but fun.

Madre purposely made us pose for photos as though were were standing on the edge, just to give Grandma a fright. The Grand Canyon is an incredible sight, and the lodges we stayed in were fun to witness raccoons stealing food from bins and wondering if we’d bump into a hungry bear.

A truly magical place for a child to visit, and walk out with a giant snake toy. San Francisco is a nice city, but as a child you can be easily distracted by a cafe with a tropical forest interior.

I remember eating so many when we visited L.A I felt sick and could’t eat donuts for a long time afterwards. However they were as delicious as donuts can be.