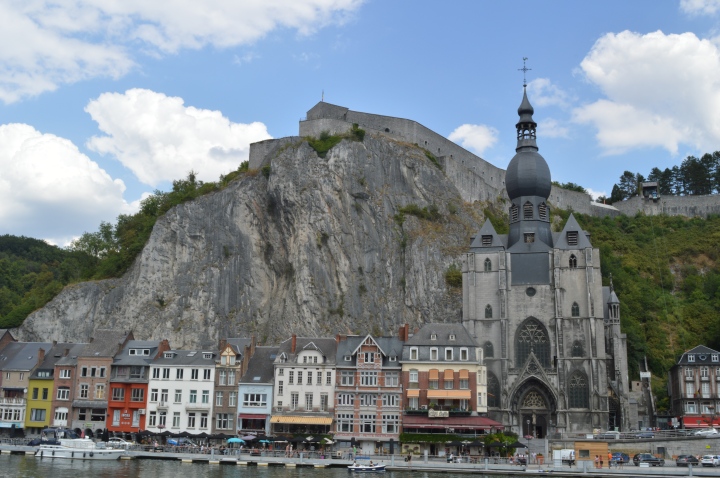 After seeing a beautiful snap of this city on Instagram, and a recommendation from my flatmate, I decided to hop on the train (1h40 from Brussels) to see it in person. The journey itself was fun: travelling through Belgium always feels strangely familiar, as the suburban houses, stretches of fields, and glimpses of the smaller cities remind me a lot of the U.K, whereas Brussels feels uniquely Brussels. The train ventured further than these fields and followed a river (the river Meuse) and alongside cliffs and woods before finally arriving in a town like no other in Belgium. So almost worth it for the picturesque journey alone. 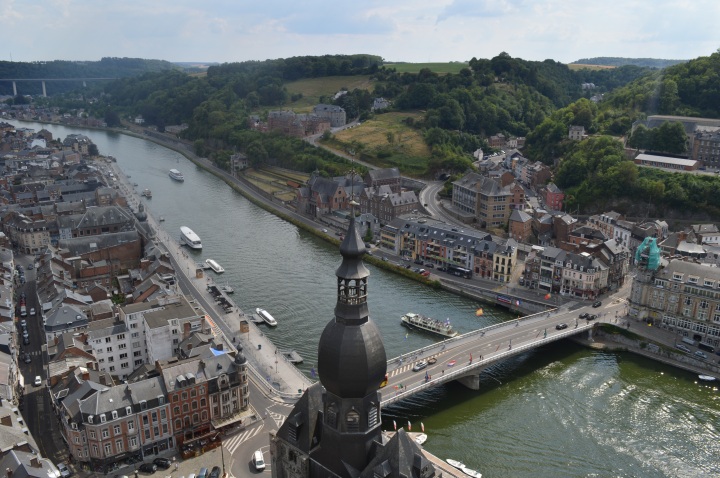 A small city, most of Dinant seems to sit alongside the river – at least the area frequented by tourists does. There are bars, cafes and restaurants, but be careful if you google “things to do in Dinant” as a few attractions listed are actually a few miles away.

The main attraction is the citadel – 8.50 euros for adults to access the funicular rather than the 408 steps up to the top, and for a tour to see all of the citadel – including stunning views, the dungeons, and a guillotine. The tours are in French and Dutch, with leaflets in other languages, but the nice tour guide also repeated things to me and others in English. The history of the citadel is vivid, and it clearly played key roles in the conflict in Europe in medieval times and up to WW1. 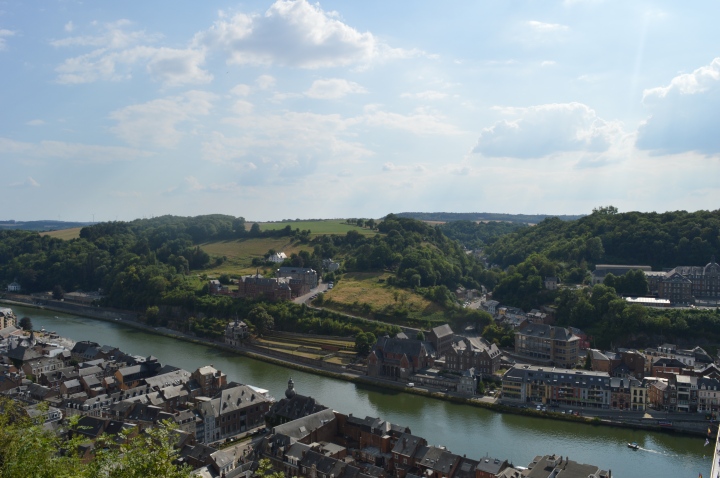 I also learnt the difference between a castle and a citadel – a citadel only homes soldiers, whereas a castle was home to many. Taken note of for pub quizzes! 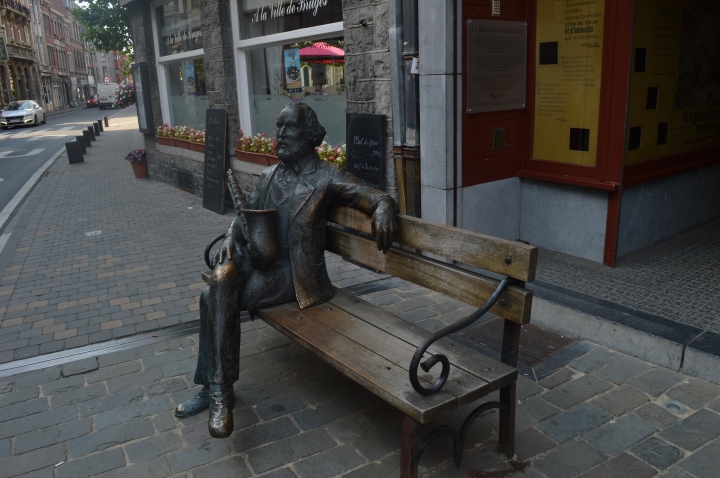 Dinant is also birthplace to Adolphe Sax – the inventor of the saxophone. There are many references to him and his invention throughout, including large models of saxophones often attributed to other countries.

Sadly, I didn’t have time to check out the Leffe museum and brewery tour, a the village Leffe was just a 15 minute walk from Dinant. So, I walked to Leffe instead to look at the Abbey which the famous beer comes from.

The church was free to enter, and very much like any church on the inside. But still beautiful, and it’s exterior as you can see was stunning.

Short but sweet – Dinant was the smallest place I visited in Belgium but worth the journey as it was beautiful and clearly has a lot of history.

It was the last of my journeys on my Go Pass 10. My other trips were: